St. Francis de sales, the Patron of the M.S.F.S was born in France in 1567, was a bishop of Geneva and is honored as a saint in the Anglican Catholic Church. He is known as the gentleman saint because of his patience, gentleness and is one of the greatest saints of modern era. He is a doctor of the church and the patron of journalists in the Catholic Church. He was a zealous missionary, intrepid preacher, educationalist, writer, humanist and an advocate of universal sanctity for all categories of people of God. He became noted for his deep faith and his gentle approach to the religious divisions in his land resulting from the protestant reformation. As the Bishop of Geneva, he made himself 'all to all' by his inspiring words and lively deeds. He holds a lofty and singular position in French literature. In 1923, Pope Pius XI proclaimed him a patron of writers and journalists, because he made extensive use of broadsheets and books both in spiritual direction and in his efforts to convert the Calvinists of the region. St. Francis developed a sign language in order to teach a deaf man about God. Because of this, he is the patron saint of the deaf. He passed away in 1622 but continues to inspire millions by his simplicity, humility and gentleness. Numerous congregations are founded under his patronage in the Catholic Church. 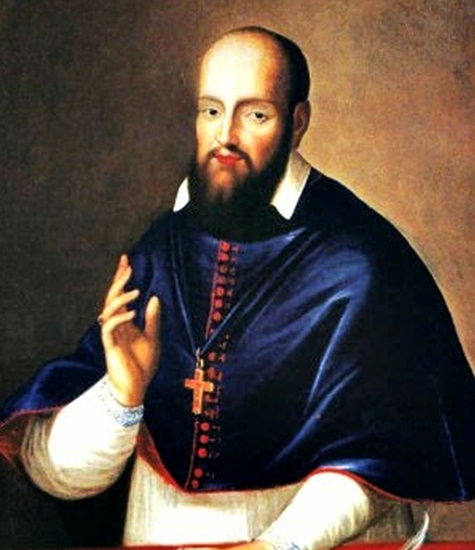